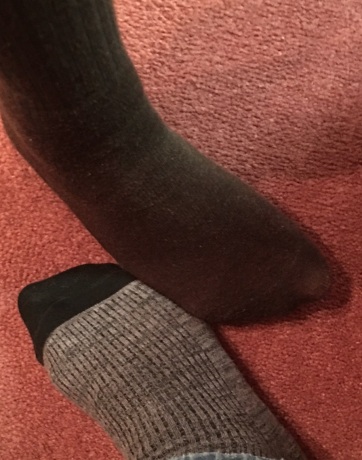 June 1, “Say Something Nice Day.”  When my sons were young there were times when they would get on each others’ nerves, bickering, fighting, and, in general, just being ugly to each other. At those times, I would make them sit at the kitchen table and say something nice about each other. It has to be a real comment about what they liked about that person and could not be repeated from one brother to the next – it had to be an original thought about something nice in the other person.

On a particularly trying day, I had the three boys sitting at the table. They were so upset with each other they could hardly stand being so close together. They knew the drill and would not be allowed to leave the kitchen table until everyone had said something nice about the others. We began the process. It was slow, but the first brother got through it, and things lightened up ever so slightly.

Then the next brother said to youngest brother, “I like your socks.”